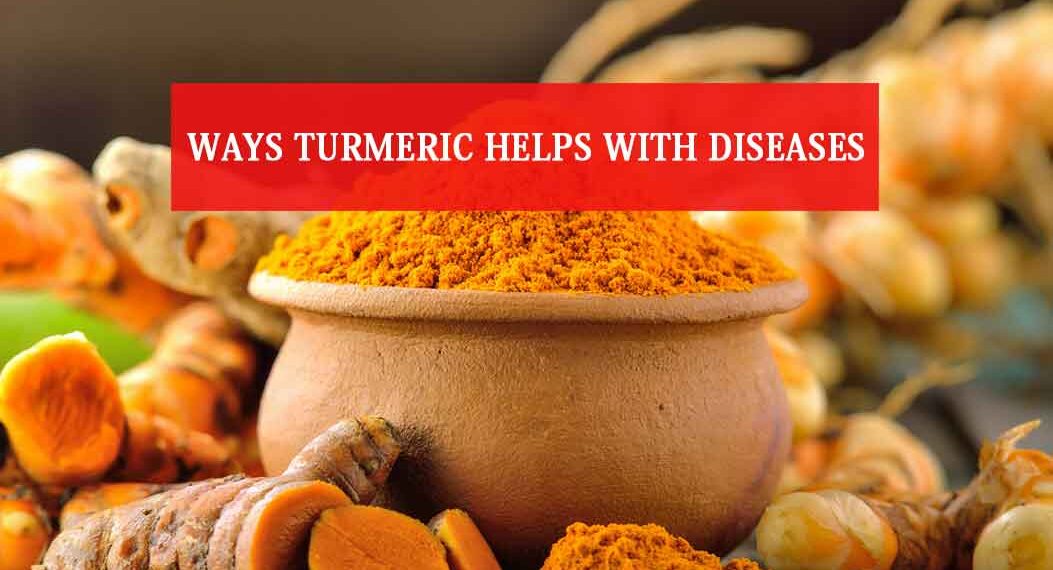 Turmeric, also known as Curcuma longa, is cultivated from the roots of a plant found in India and Southeast Asia. It has potent anti-inflammatory properties. Curcumin is the primary active component of turmeric and gives it its yellow colour. It is also the compound responsible for all the health benefits you always hear about when it comes to turmeric. According to many health experts, curcumin can help prevent Alzheimer’s disease and depression. Turmeric has been used in traditional medicine for ages.

Turmeric doesn’t get absorbed into the bloodstream. So to reach the level that causes benefits and relief from ailments; You’ll have to take turmeric supplements. You can also buy turmeric powder online and consume it daily by including in many dishes and meals. You can reap the positive effects of turmeric by adding black pepper to it. Black pepper has a compound called piperine that makes turmeric more bioavailable. Bioavailability is the amount that can be absorbed or used by the body. According to studies, 20 milligrams of piperine mixed with 2 grams of curcumin makes bioavailability go up by 2,000 per cent. If this sounds like good news to you or helps you in your physical battles, you can buy turmeric powder.

These are some of the reasons to buy turmeric powder. Their benefits to the human body are enormous and have been studied for decades. Some think that turmeric is just a herb used in cooking, but they are misinformed and mistaken in their assumptions.

According to a study, curcumin may improve endothelial function. Endothelial cells line the interior surface of blood vessels and lymphatic vessels. This thin membrane plays a role in blood pressure. When it is lower, it is due to aging and increased risk of heart disease. Curcumin may thus reduce the likelihood of developing heart disease.

In a study where the effects of an eight-week aerobic exercise program and a curcumin supplement were compared, there were equal improvements in endothelial function. Another study showed that endothelial function in people with type 2 diabetes was improved with curcumin use. Curcumin worked as well as the drug Lipitor, which is used to reduce the risk of heart attack and stroke.

Curcumin is touted as a safe treatment for osteoarthritis (OA).

Significant improvements in stiffness and physical function were seen in osteoarthritic patients who took 1,000 mg per day of Meriva, a drug that includes 75 per cent curcumin. This was evident in eight months. The control group did not have improvements.

A study in mice saw that 50mg curcumin per kilo slowed the progression of OA. Topical curcumin provided pain relief.

Curcumin helps treat and prevent diabetes, as well as associated disorders like diabetic nephropathy (also called diabetic kidney disease). Although many of the studies have only been done on animals and not humans, they are nevertheless significant breakthroughs in the many uses of curcumin.

One study found that feeding rats with type 2 diabetes 80 mg of one of the main substances of curcumin, tetrahydrocurcumin, per kg body weight led to a significant decrease in blood sugar. There was also an increase in plasma insulin.

Curcumin might also help prevent diabetes through its anti-inflammatory and antioxidant properties. It may improve insulin resistance, high blood sugar and hyperlipidemia.

How to Transition Yourself into Veganism Successfully