by Sammy
in Lifestyle
0 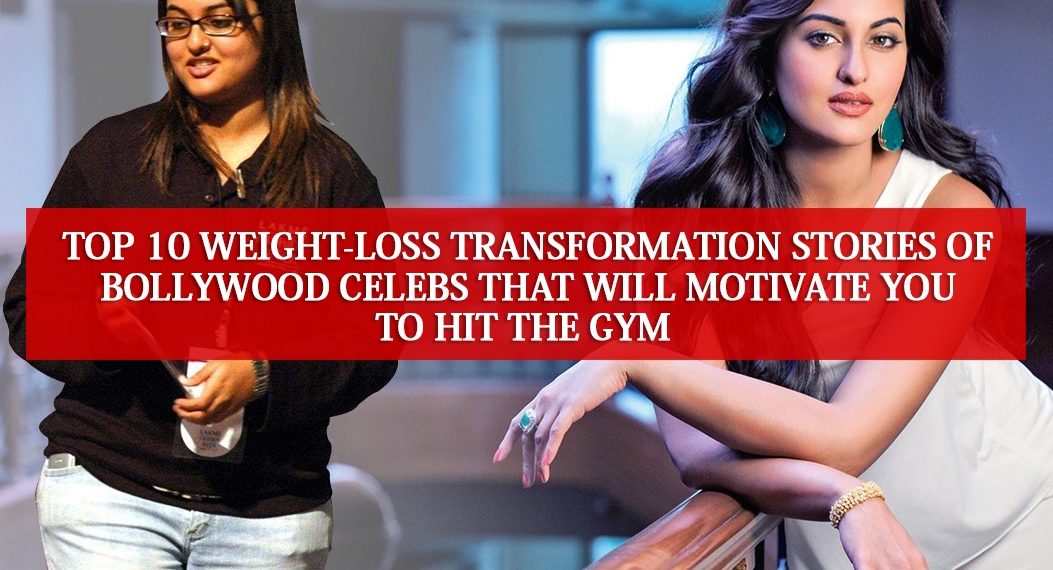 Share on FacebookShare on TwitterShare on Linkedin
Are you someone, who is frantically trying to lose weight and get back to shape? Are you someone, who wishes to burn out the extra fats and transform oneself into a diva or a hunk? When it comes to weight loss, celebrities are the ones who rank at the top. Whether it is about Sonakshi Sinha weight loss or Ganesh Hegde’s transformation, their weight loss before and afterstories are quite inspiring! So, here we bring to you the top 10 Indian celebrities weight loss transformation stories to render good weight loss tips. Check out below:

This Bollywood diva,whohas instantly turned into a heartthrob for men, was at some time battling weight issues. Battling PCOS and being overweight, it was no less a challenge for her. However, this star kid decided to beat her weight and get into the best version of hers. For this, she spent over a year and trained herself working under top trainers. She also abstained from munching on pizzas, instead traded on salads & proteins, through which, she lost a lot of weight at once. Indeed isn’t the transformation wondrous?

This actress, who proved her acting prowess with her first movie itself where she played the role of overweight women, had a splendid weight loss transformation story. The one, who was already weighing 72 kgs, was required to add on more weight for her movie. Her transformation story included rigorous weight loss work out, and a diet free of sugar, alcohol, and junk. She completely relied on homemade food, and the results are well seen from her ‘before-and-after’ jaw-dropping pictures.

It is no doubt that Parineeti Chopra is an extremely talented actress. Known for her chubby self, she too went on to shed the extra kilos and transform herself into a diva that she is. Her transformation story is no less inspiring, wherein, she hit the scales through rigorous workouts, Pilates and a strict diet, which consisted of high protein along with drinking plenty of water.

This handsome hunk of Bollywood has his share of weight loss struggles before entering Bollywood. However, he did not leave his hope and was mentored by the fitness freak of Bollywood Salman Khan himself, who assisted him in transforming into the heartthrob of women across the globe. This Kapoor lad went on to lose from 140kg to 87 kgs by practicing CrossFit training, altering his diet and heavyweight workout.

Believe it or not, though Sonam Kapoor is known as the fashionista of Bollywood, she did face her part of struggle in losing weight and getting back to shape. During her shoot for her debut movie, she was asked to lose weight by her director. Nevertheless, she took it to her stride and worked rigorously on her body and got back to the perfect shape, becoming the fashion icon of Bollywood.

She faced a lot of criticism for her weight and was mentored by the Bollywood’s original hunk himself, who is none other than Salman Khan for her Debut in Dabangg. Her transformation story is not just inspiring but instills in the mind of people the zest and possibility of achieving whatever one wishes for if they have put their heart and soul into it. Sonakshi Sinha, with the very zeal, went from fat to fit, thereby drooling onlookers with her fit physique. The secret lies in her strict disciplined diet free of junk and oily food. Drinking plenty of water to stay hydrated and a balanced diet in every two hours combined with exotic workout regime.

She was named the face for size zero after her appearance in Tashan. She gained weight post delivering her first child, Taimur. However, the transformation from fab to fit post-pregnancy was not overnight. Her incredible physique was the outcome of disciplined workout, diet and yoga sessions. She, however, never believed in starving herself of her favorite food, but always makes it a point to work out and gym well to burn the excess fat.

Jackky Bhagnani, before his debut, was also someone who struggled to keep his weight under control, and weighed over 130 kgs. He reveals the secret behind his transformation was Keto diet, which helped him to lose 15kg in 20 days without compromising on his health. He was also trained by Salman Khan, who inspired him to take his weight loss seriously, and made him gym savvy.

While he was responsible for making the career of many actors in the industry, this director himself struggled to lose the extra pounds he had added on owing to taking care of his children. However, the sooner he realized to get back to shape and approached the renowned fitness trainer, Kunal Gir, who had helped Ranbir Kapoor get back to shape post-Sanju. Following this, Karan Johar followed a Keto diet, which helped him shed 17 kgs in 4 months.

This son of renowned business tycoon, Mukesh Ambani, was struggling with his weight for a long time. However, his staggering weight loss, wherein, he lost 108 kgs in 18 months was jaw-dropping as well as extremely inspiring. He was supported by his mother, Nita Ambani, who was a driving force for inspiration. The obesity, which was caused due to excess intake of medicine, he decided to fight it with his daily exercise regime that included a 21-km walk, jogging, yoga, weight training, cardio and a diet comprising of zero sugar, low carb with adequate intake of fats and protein. His ‘then-and-now’ pictures are worth looking at!

It is not impossible to find weight loss transformation in 3 months, considering you follow a good healthy diet plan for weight loss comprising of balanced nutrition. A weight loss diet plan followed by each celebrity depended on their constitution and their requirement. Hence, taking inspiration from these celebrities, it is always better to follow your heart and make it happen to put all your sweat and blood into it. Nothing is impossible for the mind which is fixed on the goal.