Top 10 Most Beautiful Temples In The World

by Sammy
in Tour and Travels
0 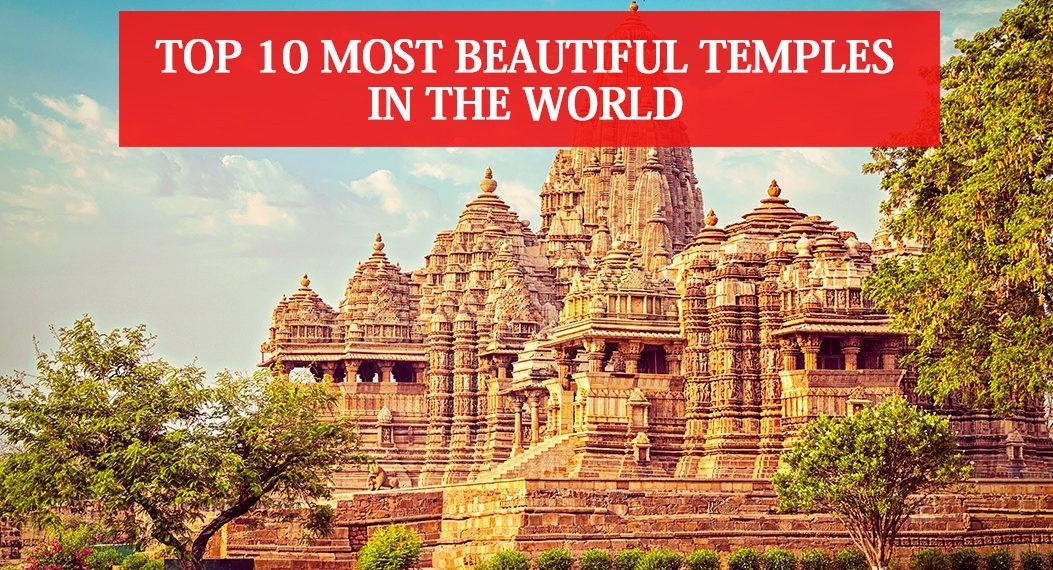 Share on FacebookShare on TwitterShare on Linkedin
India is a land of Gods, and a temple or the religious place can be found in many places. When you first visit India, then its culture, tradition and religious beliefs attract you towards it.
Something which grows to be more charming is the tales behind these 3000 years old temples in India. In this blog, we have tried to compile some of those unsung and untold tales and have made a list of India hindu temples along with some other temples in the world.
Let’s read this post to find out the charisma lying behind.

This temple is said to be about 400 years old and is one os the tourist attractions in Jaipur city. You can find it in the Rajput Colony of Jhalana Dungri, the story behind it suggests that this Shiva Temple was excavated in 1977 and was buried 20ft under the earth. You can find 19 stairs to climb down to the temple.
How to Reach: The best way to reach here is by taking the Ajmer Road and then driving past Sanjay Marg, Hasanpura Road, Jamnalal Bajaj Marg, Bhawani Marg, and Jawaharlal Nehru Marg.

It is located on the Indo-Pak border and is devoted to Goddess Durga. The story behind it suggests that during 1965 war between India and Pakistan this temple situated on the border was on the target of the Pakistan army. It was tried to be bombarded but neither the temple nor the officials deployed here faced any sort of harm,
Once again a similar incident took place during the 1971 war also, when many attempts were made to destroy this temple and the area around but again the temple survived all the attacks. Thus, Mata Tanot Temple became a place of miracle and receives a large number of worshippers including the army officials.
How to Reach: It is situated 150kms from Jaisalmer city and the best way to reach here is by hiring a cab

The gateway of Sirah in Jaipur is the location of this temple and can be considered a great specimen of Jaipur sculpture that can attract any art lover.
This temple is named after Queen Chandrawati and is dedicated to Lord Shiva. As the temple was constructed by the Maharaja for his Queen and thus we all see a slight romantic angle to its establishment. In the sanctum, apart from the deity of Lord Shiva, an idol of Goddess Parvati and Lord Ganesha and Kartikeya can also be witnessed. the
How to Reach: You can reach here via Pink City or Ajmer Road and SC Road.

It is located in the neighbor of Gawdawpalin, and built around the same time, Thatbyinnyu is the tallest temple in Myanmar. The word “Thatbyinnyou” means omniscience, depicting the state of the Buddha after he entered, serenely and without breaking a sweat, enlightenment. A statue of Buddha sits on the throne in the upper terrace.And most beautiful thing is that this trone is a lotus throne.

Amer fort has the religious importance too, and it is said that the Shivling here is a natural one which was founded buried 22ft under the earth. The legend has it the King Kankil Dev had a cow that gave milk only at a specific place. The King was surprised and decided to get the place excavated. During the excavation a Shivling was found, hence King ordered to construct a temple at this place. You need to be ensured of one fact that women are not allowed in the main sanctum area.
How to Reach: It is only 10kms away from Pink City.

It is believed that this temple is situated in Pragpur in Kangra Valley, Himachal Pradesh, where the Shivlinga is gr gradually sinking under the ground, and it is further believed that when the world will be repleted with satanic powers, then shivlinga would be submerged properly.
Also, this temple is recognized by believers as the gateway to Hades, where the saints go and worship Lord Shiva.
How to Reach: You can hire a cab or take a bus to reach Pragpur.

Well- located on the top of the hill, Sri Panakala Lakshmi Narasimhaswamy temple is believed to be situated on a volcano, which states that if erupts, would engulf the entire region, but the devotees have a firm belief that it would never happen because Lord Vishnu takes care of it.
Here a special Prasadam is offered known as Panakam, made up jaggery water, with faith that Lord Vishnu will never let the volcano explode.
Way to Reach: Mangalagiri is located in the Guntur district of Andhra Pradesh, and the temple town between Vijaywada and Guntur. You can reach via Vijaywada and then hire a cab to this place.

This temple has got its fame through the Shivlinga. Although this temple is situated in the Marauda village of Chhattisgarh, in the mid of a forest, and the said Shivlinga is said to increase in height every year.
As stated by the locals, every year the Shivlinga increases around 6 to 8 inches in height and the story behind it suggests that the land where Shivlinga stands was of a Zamindar named Shobha Singh, who heard of a lion roar and bellow of the bull while moving in the area, but there wasn’t any such creature available at that time there, so Shobha Singh went with few villagers and he found a mound in a form of Shivlinga.
They were convinced with the fact that the place had some divine powers, and since then this place has become a place of attraction for the villagers.
Way to Reach: You can go to Raipur, which is the main and nearest railhead to Gariaband district, and the distance is around 100kms between Raipur and Gariaband.

You can visit this temple, which is Situated on Ajmer Road near Hathroi in Rajasthan, and this temple also is a legendary space for the religious destination in India. People have a belief that this temple has the power to fulfill their wishes.
The mystery behind its construction states that a Rawal of Samona Thikana had a contract of temple construction, when, the Rawal tied his elephant to a naturally formed Shivlinga mistaking it to be a peg. Lord Shiva came into his dream and asked him not to do it. Then Rawal ordered the excavation of the place where Shivlinga was situated, but couldn’t find a trace the end of the Linga Then afterward, the digging had to be stopped as it reached the water level beneath the earth, which later was turned into a Baoli and with the help of devotes and villagers, the temple was built here.
Way to Reach: This temple is situated on Ajmer Road, so you can easily reach via Jaipur through local bus and private cab.

The Temple of Heaven is a famous religious buildings and is a most beautiful temple in world, which has its history coming from the 15th century. It is considered a Taoist temple, and was used by the Emperors of the Ming and Qing dynasties for the annual prayer to Heaven to help with the harvest. In this temple the heaven worship was conducted to perform a ritual of sacrifice and worship.

These top 10 temples in the world have the interesting stories behind their past and it goes without saying but a visit to these places is equally wonderful, and once you decide to make a visit, you should not forget to find out the top 10 places which are considered to be haunted in India.

Top 10 Home Appliances That Will Modernize Your Home

Top 10 Home Appliances That Will Modernize Your Home