by Sammy
in Los Angeles, Tour and Travels
0 0
0

Share on FacebookShare on TwitterShare on Linkedin
The moment you step onto the land of Los Angeles, you only get to experience the Hollywood glamour.
Is this what you thought of? Then you are wrong because LA is full of beaches and world-class food and other iconic structures, that would help you explore the best vision LA has carved out. Don’t worry, we can take you on a quick tour to some of the most unmissable attractions, hidden within LA. Let’s hop on for the journey…

Have you watched the Hollywood Flick; Notting Hill or any other movie where the scene of Hollywood walk of fame is shown and you wondered that where on the earth does it exist even?
Well, you don’t need to worry anymore, since this very walk of fame, which features more than 2,500 stars inscribed with celebrity names can be experienced in LA. In the year 1953, Hollywood Chamber of Commerce president EM Stuart struck with an idea of carving the world’s most famous sidewalks: the Hollywood Walk of Fame. And today from that one star, this sidewalk has crossed the 2,600 stars, which are getting increased every passing moment.

Such iconic wall of fame can be a part of your travel itinerary, where you can find the Walk of Fame along Hollywood Boulevard between Gower Street and La Brea Avenue; Vine Street between Yucca Street and Sunset Boulevard; and Marshfield Way between Hollywood Boulevard and La Brea Avenue.
Also, just along the route, you can find the historic Hollywood Roosevelt Hotel, as well as the legendary TCL Chinese Theatre, host of numerous notable film premieres and, at least for three years, the Academy Awards. And don’t forget to take a break at the Sunset Boulevard and Bronson Avenue and catch how it actually looks like to have a clear Hollywood Sign

No trip can be completed without indulging into good food, destinations and something exotic to drink, and this very purpose can be well accomplished at Clifton’s Republic. It was founded in 1931 by Clifford Clinton, it has recently received a restoration a few years ago, and since then it has been the talk of the town for not just locals but for the tourists as well. Clifton’s stands five stories tall and includes a cafeteria, the Pacific Seas tiki bar, and a Redwoods-themed bar that features taxidermy tableaus and an artificial tree that rises through multiple floors.

I know it sounds charming, but believe me, the vision is mesmerizing, where you can drink your favorite beverage while enjoying the view. Also, the Marketplace cafeteria serves American comfort food and desserts, and the Monarch drinks lounge and Gothic Bar offer craft cocktails and beer.

Are you looking for something different to be experienced? Let’s make a move to the Jumbo’s Clown Room. You must be wondering what it is? Well, it is a small, red-and-black bar that has been there since 1970 and has now turned into an institution that is famous amongst the people the longest time.

It is more popular as the bikini bar, where you can find the talented dancers and contortionists setting the stage on fire with their performance.
The performers choose songs on an old jukebox, with song selections including metal, ’90s alt-rock, and ’70s and ’80s throwbacks. Beware guests here are not allowed to take pictures!

When you reach Venice Boardwalk, Los Angeles, you may find people in hundred numbers just roaming around and taking the stroll to unwind their mood. It is located in the south of Santa Monica. With a stroll down the iconic Venice Boardwalk brings the incredible ocean views, shopping opportunities, food, bars, and eclectic street performers.

Also, you must not forget to visit the Venice Skate Park and Muscle Beach Venice. Further, you can cherish every bit of step walked there, with the hot cuppa of coffee from Groundwork Coffee Company or Menotti’s Coffee Stop

Are you willing to explore the incredible art and Los Angeles panoramas?
Then straight ahead to the J Paul Getty Museum, which is also known as the Getty. This very museum is spread across two campuses: the Getty Center and Getty Villa. To help you understand lt me narrate a little past; the Getty Center, opened in 1997, is breathtaking in many ways. You can explore the modern design by Architect Richard Meier, also the position of its location is on a hill in the Santa Monica Mountains.

You can view the spectacular views through the thoughtful exhibits, breathtaking gardens, and a restaurant and café, which stand tall to keep guests entertained for hours. On the other hand, the Getty Villa is located in the east of the Malibu coast and is more about the arts and cultures of ancient Greece, Rome, and Etruria.

Though this place is purely a holistic abode for the art lovers and showcases a diverse art collection, one fact you cannot deny of is that it only brings the incredible set of vibes oozing out, that can create a captivating effect on you. You would be surprised to know that it is the largest art museum in the western US and holds the artifacts of Islamic, Asian and Latin art, LACMA also arguably boasts one of the most diverse art collections around.

From outside, you can see the famous Urban Light installation – 202 restored cast-iron antique street lamps that light up Wilshire Boulevard. Also in the central, there is a beach and Downtown Los Angeles, which makes LACMA one of the most popular tourist attractions.

Indeed the iconic landmarks offered by Santa Monica are beyond the imagination Undoubtedly among Santa Monica’s most iconic landmarks and one of LA’s top attractions. The history of Santa Monica falls back over 100 years and today it has grown into a home to the Pacific Park amusement park, which has garnered the attention worldwide due to the remarkable solar-paneled Ferris wheel and rollercoaster.

Also, you cannot miss the 1920s carousel hippodrome and the Santa Monica Pier Aquarium. You can visit this place throughout the year, but something which really turns into exciting for this place happens during the summertime, when, multiple concerts take place along with the move screenings, which gather the tourists and locals in abundance.

Going to visit the US with kids, then how about planning a trip to the Museum of Jurassic Technology!
It is what you ever want to visit along with your kids and other family members as this is one of the most fascinating museums in LA, which has many surreal collections of some incredible objects.
You can find some of the tiniest sculptures, each made from a strand of hair; a room full of letters sent to the Mount Wilson Observatory; a gallery consisting solely of paintings of dogs who were involved in the Soviet Space Program; decaying dice from magician Ricky Jay; and a Russian tea room where human guests share the space with unusually tame birds.

Ooh, this museum has actually a lot to offer and believe me this is the place where you would unleash something new at every curve of the museum.

For a family gateway, a visit to Universal Studios Hollywood is a perfect choice. This place is largely famous for showcasing the movie-making magic. You can take the studio tours through classic film sets to immersive experiences in films like Harry Potter and Jurassic Park. But is this all that Universal Studio has sufficed?

Of course not, how can you forget to indulge in an adventure-filled journey by making a visit to the WaterWorld which is truly mesmerizing & captivating in every possible manner.

The Broad Museum located in Downtown Los Angeles and was opened in Downtown LA in 2015. You get to explore more than 2,000 pieces of contemporary art, including Jeff Koons’ Balloon Dog and selfie-favorite the Infinity Mirrored Room by Japanese artist Yayoi Kusama.

And that’s not all, but the Food and cocktails offered at the modern American restaurant, Otium is authentic in every possible manner. If you are looking forward to making a visit to this place then don’t forget to reserve tickets online and should book an additional ticket for the Infinity Mirrored Room.

This exhilarating view of the LA can bring an elated feeling within your heart and mind when you would be visiting this charming city next time but don’t forget to refer to my blog piece while exploring the new places and attractions in the city of angles Los Angeles. 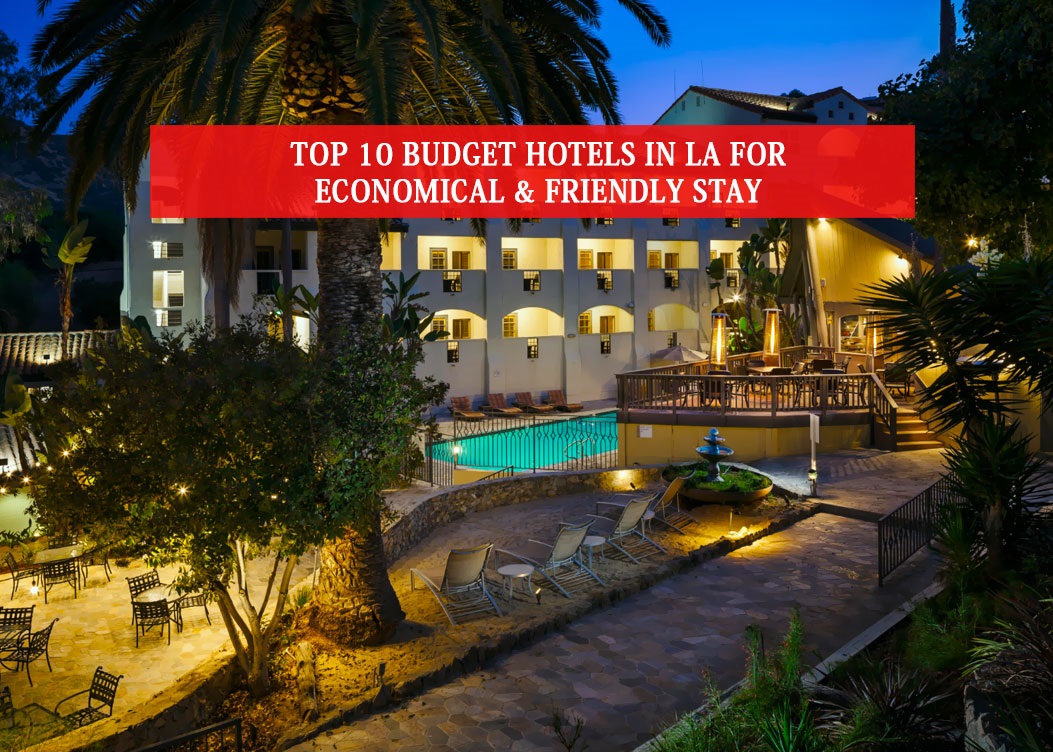 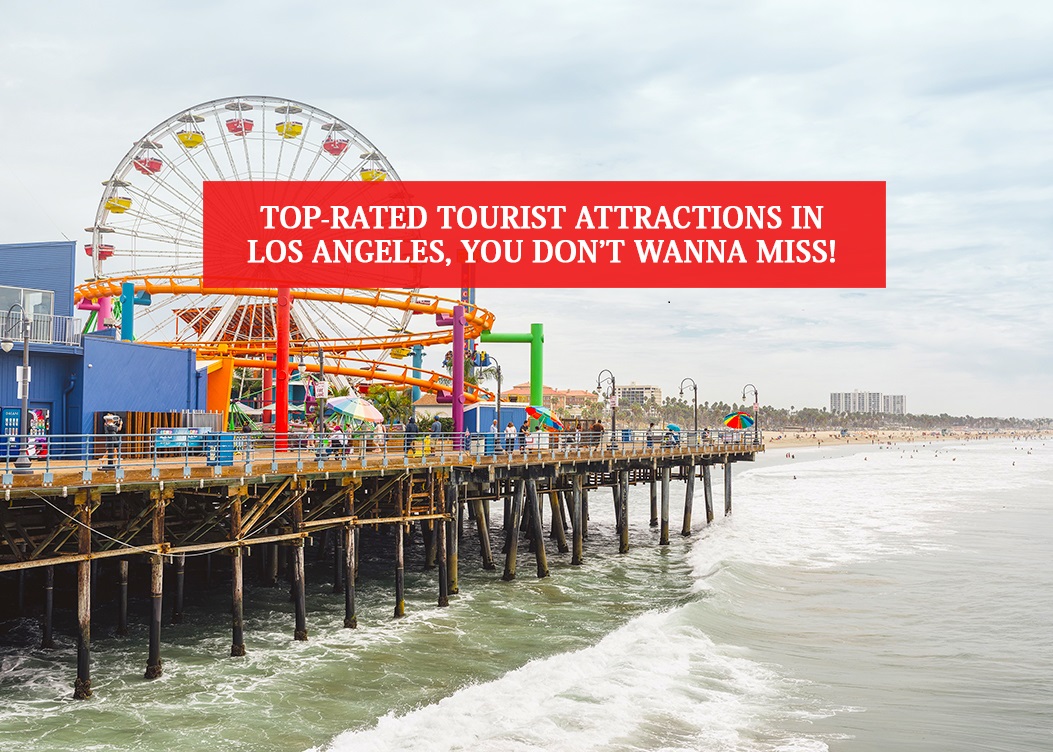 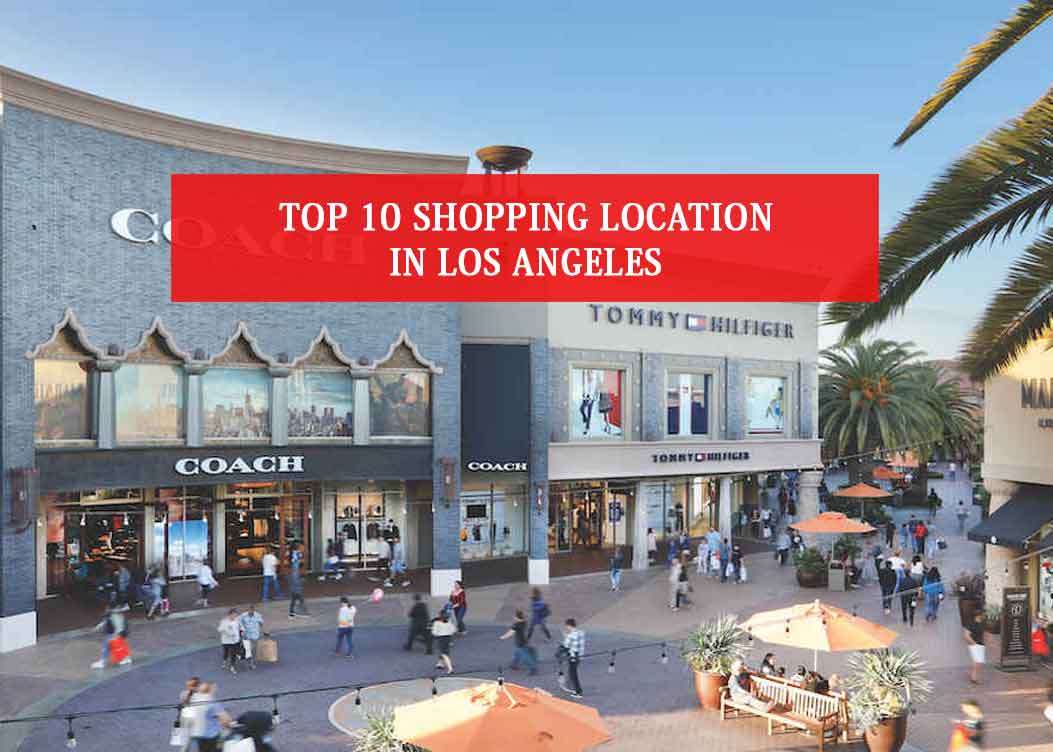 Top 10 Shopping Locations In Los Angeles, That Can Woo Your Shopping Instincts 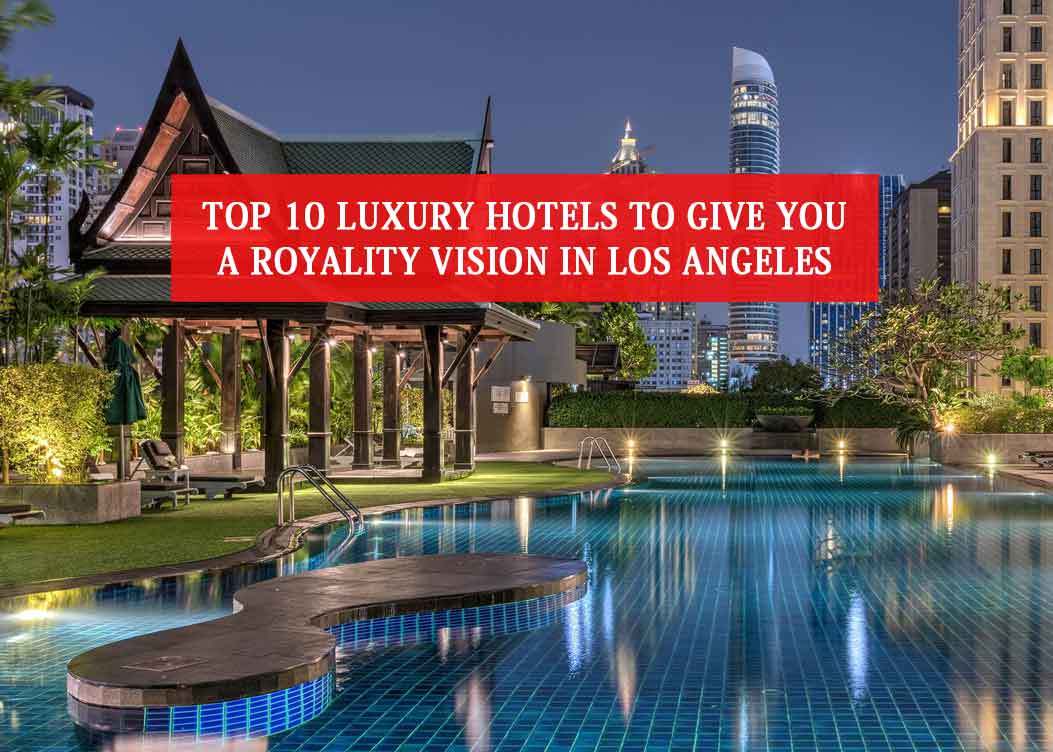 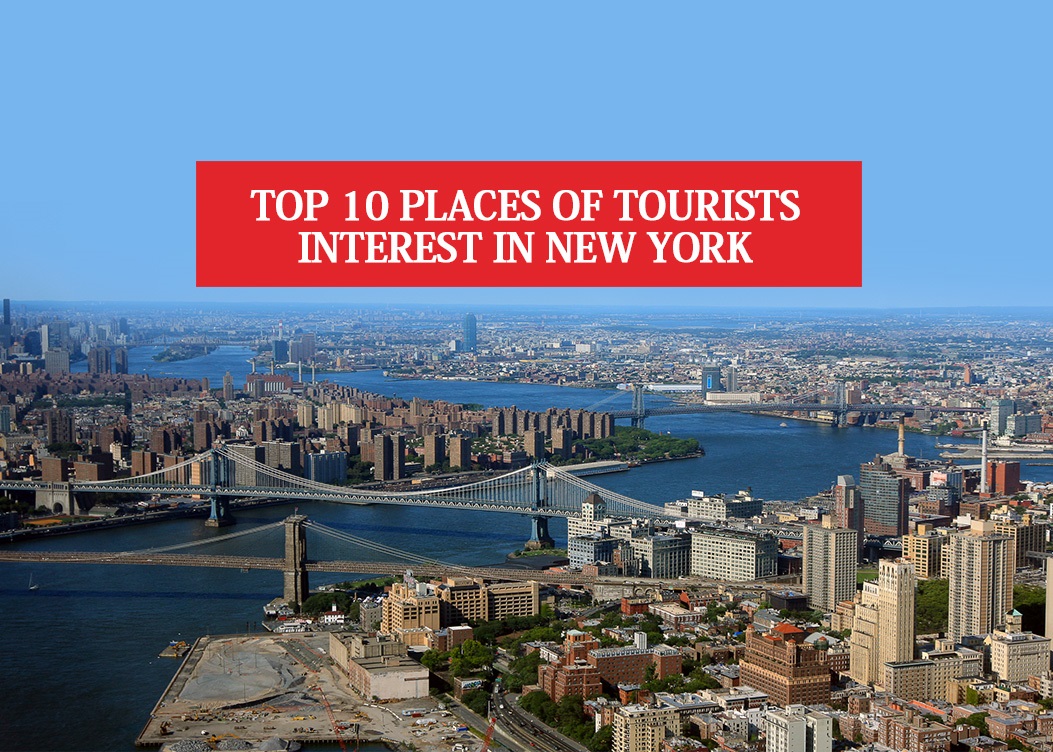 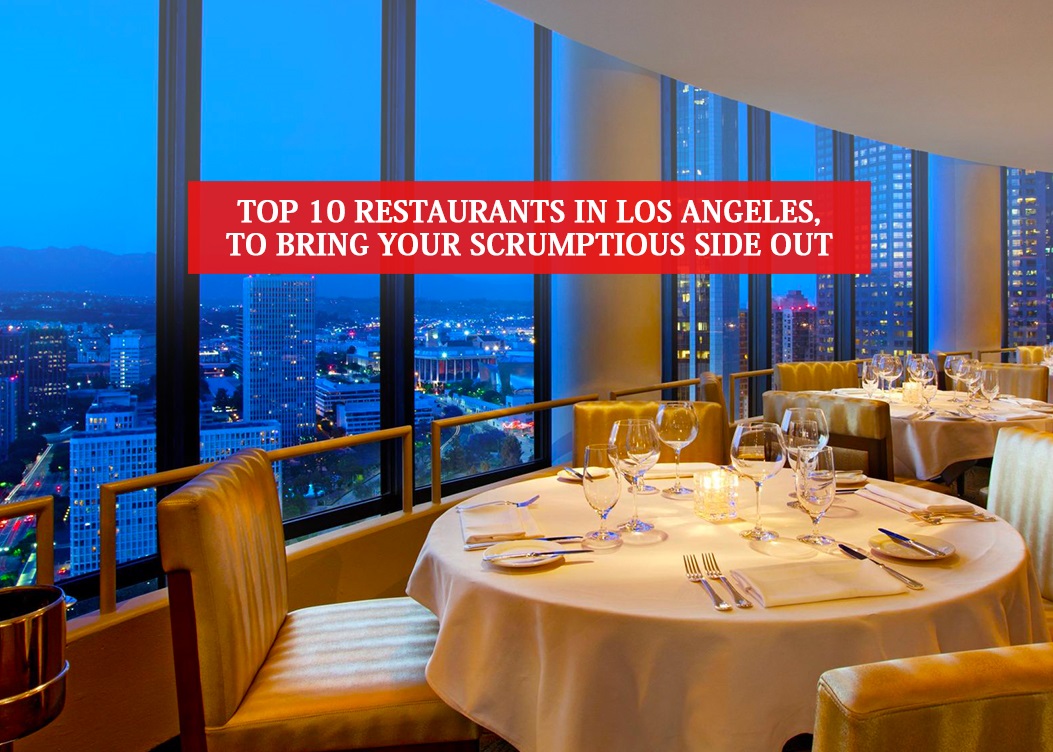 Top 10 Restaurants In Los Angeles, To Bring Your Scrumptious Side Out 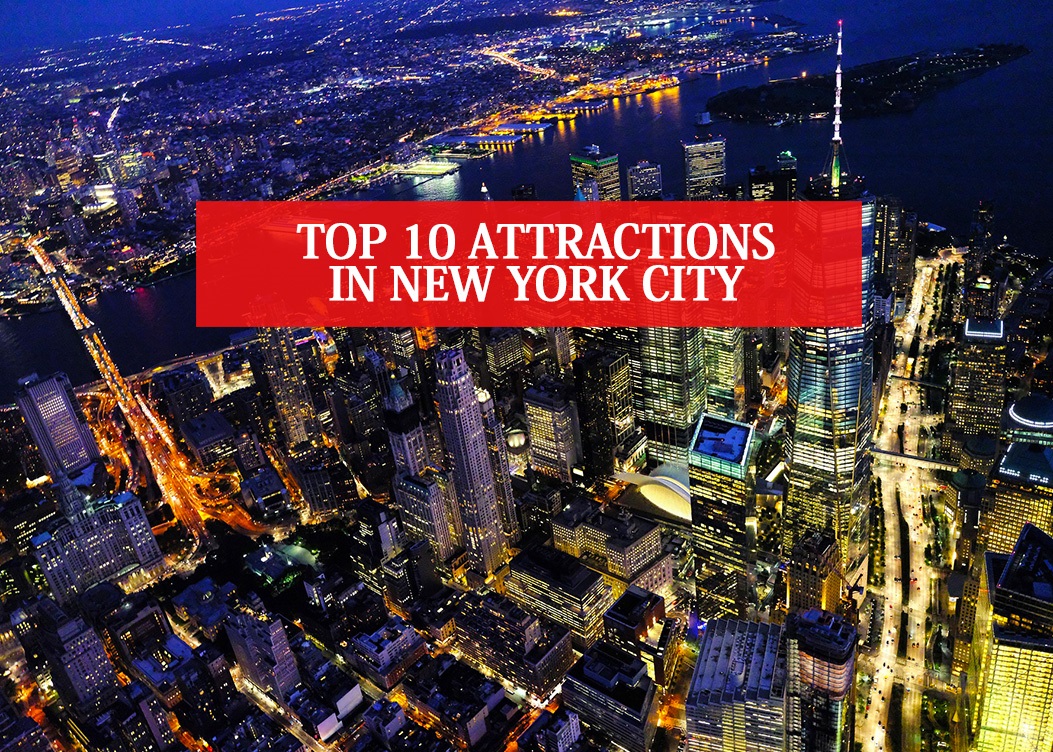 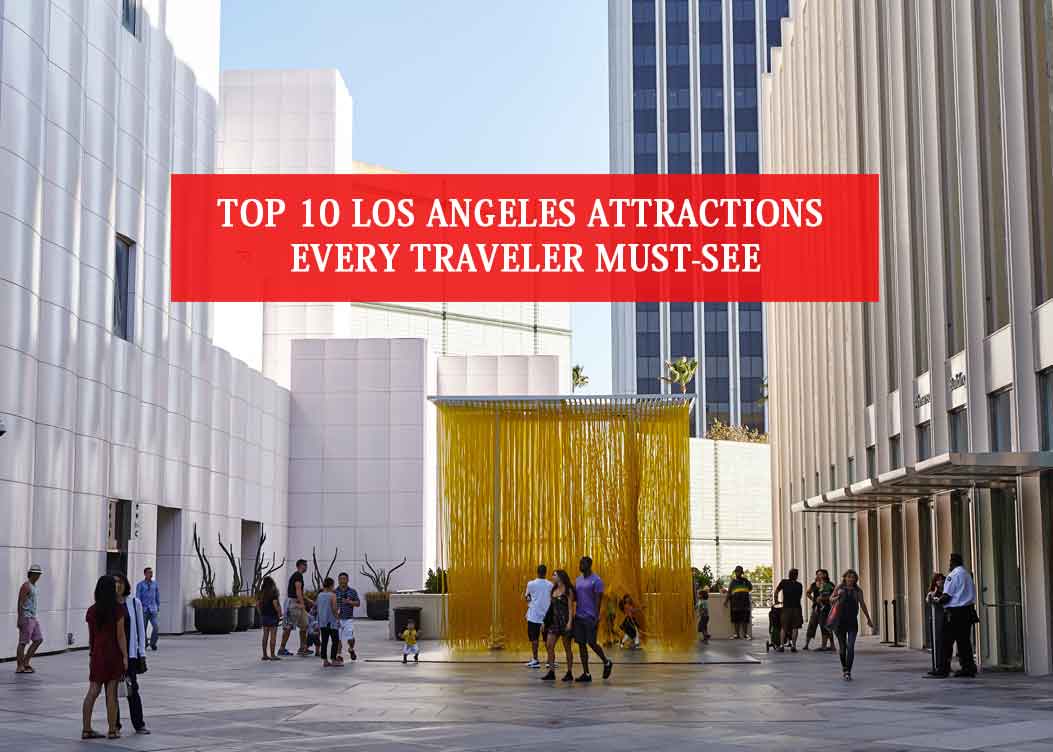 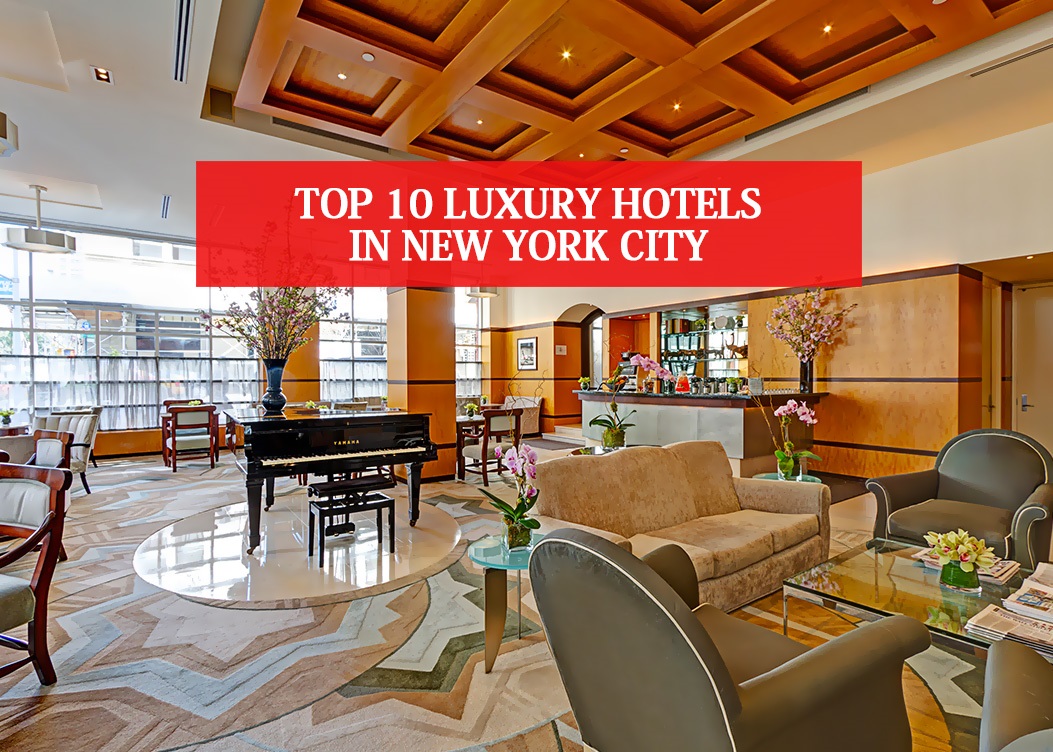 Top 10 Restaurants In Las Vegas To Satiate Your Hunger