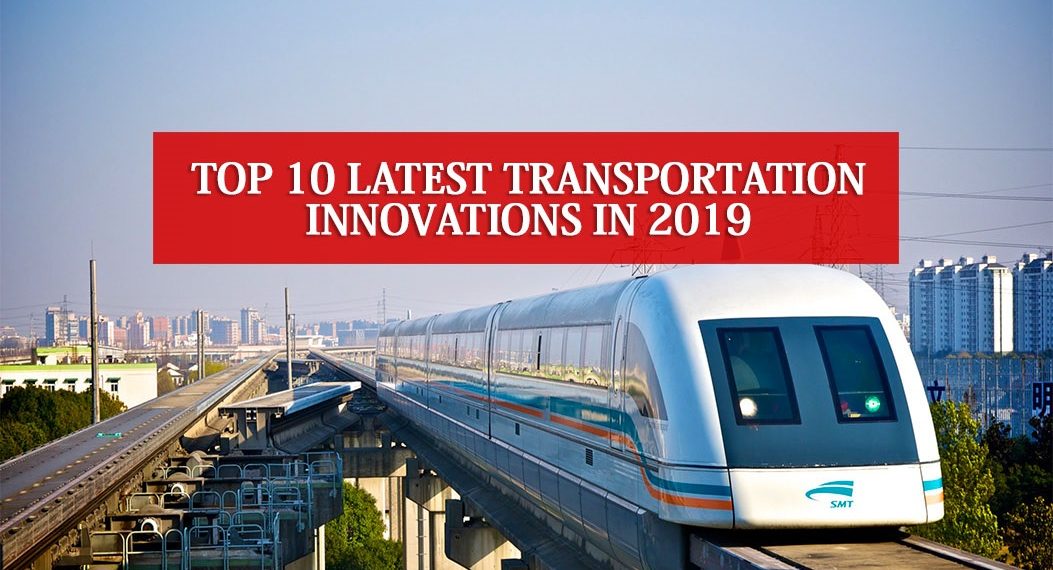 When the early man of the Neolithic Age invented the wheel, they didn’t think or have the potential or chance to imagine how transportation would turn out to be it. For, at that time the only thing that mattered to them was a wooden log that could be rolled on the ground and if you make put a sledge on top, you can carry heavy items from one place to another. Fortunately, we have been blessed with technology and over the years we have seen a surge in the technological advancements around the globe. Today, technology has made its presence felt in every sector of our lives, be it the grocery list to take to the store or having grocery delivered right to your home. Now, commuting and handling conveyance is not only easy, but it is also innovative. Here are a few of the best examples of transportation innovation the world has seen until now.

Who would have transport sharing would be possible? But today, we have access to transport systems like Grab. The CEO of this brilliant transportation sharing company is Mr Anthony Tan, who is also the son of the largest automobile distributor in Malaysia. Currently, he is the able head of South East Asia’s largest and most successful ride-hailing service, Grab. This ride-hailing service is as efficient as it comes with people sharing rides with others, hence cutting down on travel costs. While the drivers of Grab possess the digital wallet app known as Grab Financials. This allows them to store their earning digitally and enables them to take loans and pick up lunch. Grab has launched share-bikes for single commuters. Additionally, automobile giants Hyundai and Kia have invested $250 million in Grab whereas Toyota has invested $1 billion in Grab shares.
Headquarters: Singapore

Just when the world thought the planet is being depleted of its natural resources, mainly petroleum, Poet made a grand entry and assured a better solution with their innovative products. As the world’s largest biofuel producer, Poet has successfully reduced the consumption of natural resources with its innovative products that are alternatives to fuel. Products like Jive Asphalt rejuvenator, which regenerates cracked/used asphalt using chemicals that are non-toxic to the environment.
Headquarters: Sioux Falls, SD

Earlier we would lose our way whilst searching for a new place or would get stuck in traffic because we had no prior knowledge of traffic intensity. However, over the years such things have been sorted out and dignified to a manner that anyone can access traffic information in real time and have access to routes. Waze, a GPS navigational application, was established in 2009 which was later acquired by Google in 2013 for an amount of $1.3 billion. Waze gathers information from a user and provides real-time warnings of accidents, rerouted traffic, speed traps, dead ends, roadblocks, and various other disruptions. Over the years, Waze has offered great service to the local governments in the USA to manage traffic with real-time updates and to upgrade the transportation infrastructure.
Headquarters: Mountain View, CA

Nowadays, there are innumerable people who possess personal drones. It is quite understandable that drones violate the privacy of others and is used for mapping and surveillance requirements. Hence, keeping a track of such drones is a mandate in terms of security. With AirMap UTM Platform, the authorities, especially the airport authorities, can connect with the enterprise drone operators through geofencing and airspace authorization, enabling effective tracking of wandering drones. AirMAp provides blockchain-based drone registration, alerts for traffic, airspace authorization, geofencing and effective communication between concerned drone pilots. Additionally, the AirMap company has successfully demonstrated its technologies at an event dedicated to drones, which was hosted by the World Economic Forum. To which, the Swiss Federal Department of Environment, Transport, Energy, and Communications graced the event with their presence.
Headquarters: Santa Monica, CA

How wonderful would it be to have a security system in the sky? Wait, we do have one. Fortem Technologies was born in the year 2016 and that became a turning point for sky servicemen, and you ask why? Well, they developed an airway safety system. This airway safety system is capable of detecting threats like intruder drones and is also functioned to identify the same. After which, this air safety system coordinates the removal of such intruder drones that pose a threat. Additionally, in order to counterbalance the innumerable registered personal drones, Fortem Technologies has developed a tech that is capable of mapping the air space of an area and monitors potential threats.
Headquarters: Pleasant Grove, UT

How easy would it be to know a person’s address by heart? You know, just like three simple words that make it easy to track the location without having to speculate about it. Well, with What3words, one can have a formal, three-word address. Founded in the year 32013, What3words was created to provide a 3-word address for geographic coordinates. Then on, in the year 2018, What3words collaborated with Mercedes Benz and deployed a car with the navigation system of it based on the 3-word system of address. Additionally, the system of 3-word address is both voice and text activated and highly responsive. It is, in fact, the first, car navigation system that’s functioned to geolocate places without a numeric address.
Headquarters: London, UK

When travelling to Santa Monica, it would be amazing to ride around on your own, go to the beaches, or ride down Downtown Santa Monica or maybe just visit the Pacific Park. All thanks to Bird, a company that set off a craze for scooters in Santa Monica, California. The scooters were first launched in the year of 2017 in September. Ever since the scooters hit the streets, it has garnered immense popularity among all age groups of people. For, when you are near the sea, the cool breeze feels heavenly, hence, riding on a scooter is always preferred than anything else. Now, people prefer to get on scooters than shared cars or bikes. The craze then got so popular that bicycle start-up companies like Spin and Lime had to add e-scooters to their collection of shared vehicles. Currently, the company, Bird is valued at a whopping $2 billion dollars and has attracted over $400 million dollars in venture capital.
Headquarters: Santa Monica, CA

We all know the pain behind walking from one stop to another when attending a university and mostly at the huge airports around the globe. Sometimes the wait of departure accompanied by pain in the back and joints too make it an awful day or visit. However, with May Mobility, an autonomous automobile company, that pain has successfully subsided. Focused on providing public transport, May Mobility has created self-driven shuttles that navigate around a closed area, like a university or an airport. The company launched a year-round, full-service autonomous commercial vehicle route in Detroit and has partnered with Magna.
Headquarters: Ann Arbor, MI

We have already mentioned how the planet is being depleted of its natural resources, and how humans don’t use the available resources judiciously. Such unethical practices will no doubt empty the planet and since we are already on the verge of the same, we have begun finding an alternative. One of the most important alternatives being Zunum Aero. The company is on its way to become the most sought-after aeroplane company for its innovation of hybrid plane. This plane is partly electronic and uses fuel-burning generators for power intensive take-offs and landings. Additionally, Zunum Aero has made its relationship with JetSuite, a private aero jet company, concrete and will soon be launching their innovation by 2020.
Headquarters: Bothwell, Washington

We first witnessed side-walk based, self-driven vehicles solely dedicated to delivery. However, Nuro turned the tables for the same but only a notch better. Instead of carrying light items, Nuro has launched cargo-only delivery vehicles that travel on-road. As per additional news, there are side-walk dwelling robots like Marble and Starship have made breakthroughs by partnering with companies such as Postmates and DoorDash. Whilst they’ve been busy with this, Nuro is on its way to make it to the ivy leagues. In the year of 2018, a company called Kroger, which is the second largest retailer in America, opted for Nuro as their grocery delivery partner. Currently, the company is running a pilot in Arizona for delivering groceries from a company called Fry’s.

To surmise, we have provided you with a list of ten latest transportation innovations which has made the world a much easier place to travel forth. For, a decade back, no one had thought that there would be an air security system nor did anyone anticipate a grocery delivery service. But, thankfully we have it all today. From air security to functional shared-scooter services, people can opt from a variety of options. Everything around us has been made easier and it is soon going to evolve to a better, more functional place to live in. For, technology is ever-evolving and we need to keep up and continue to innovate.