Here are top 10 cardiologists in India. That you may consider while you are suffering from any kind of heart disease.

Heart is the central part of our circulatory system. Heart plays a vital role in pumping blood and distributing oxygen all over the body. So, we should not ignore heart diseases, which may even cause inevitable death. Cardiology is a branch of medical science that deals with heart diseases. If you are suffering from heart diseases, you may find the best Dr. cardiologist in India from the list below:

Dr. Ashok Seth is one of the most famous and popular cardiologists in India. He is an MBBS, MD, FRCP, and MRCP. He is a doctor of Fortis Escorts Heart Hospital, New Delhi. He has been awarded Padma Shri and Padma Bhusan by the President of India. He first performed directional atherectomy and an angioscopy in Asia Pacific Region. He has performed more than 20,000 angioplasty and 50,000 angiograms during his 42 years of his career. So, his name has been listed in ‘Limca’ Book of Records.

Dr. Devi Prasad Shetty is an incomparable cardiologist in India. He is a doctor of Narayana Institute of Cardiac Science, Bangalore. He is an MBBS, MS. He has performed over 15,000 heart surgeries during his career of 34 years. He first introduced dynamic cardiomyoplasty operations in Asia. For his contribution to the field of medical science, he has been awarded Lifetime Achievement Award by the Federation of Indian Chambers of Commerce and Industry. Not only that, he has achieved Padma Shri in 2004 and Padma Bhusan in 2012. His hard work and dedication to work brought him Karnataka Ratna in 2001.

Cardiologist Dr, Naresh Trehan practices at Medanta Hospital, Gurgaon as a chief cardiac surgeon and the chairman. He is MBBS, Diploma in Cardiothoracic surgery. He is practicing for 41 years. He is the personal cardiologist of the former President of India, Pranab Mukherjee. His specialty lies in transmyocardiallaser revascularisation, robotically assisted cardiac surgery and heart surgery. Till now he has operated over 48,000 heart surgeries. He has been awarded Padma Shri, Padma Bhusan, LalBahadurShastri National Award by the President of India.

Cardiologist Dr. Praveen Chandra practices at Medanta Hospital, Gurgaon where he acts as a chairman of the Division of Interventional Cardiology. He specializes in Interventional Cardiology. His academic qualification includes MBBS, MD and DM. He is having an experience of 30 years in this field. He is well-versed with the latest technology and new devices. He first introduced some new devices for heart treatment such as Kensey Nash DPD and Rotarex. He has been awarded Padma Shri in 2016 by the Honorable President of India.

Cardiac surgeon Dr. Tejas Patel is one of the best cardiologists in India. His academic qualification includes MBBS, MD, and DM in Cardiology. He is working as the chairman at Apex Heart Institute, Gujrat. During his 35 years of career, he performed over 85,000 heart surgeries. He is proficient in angioplasty and pacemaker surgery. He has been awarded Padma Shri in 2015. Additionally, he has got Dr. B. C. Roy National Award in 2005 in Interventional Cardiology. He specializes in Interventional Cardiology.

Cardiologist Dr. K.K. Talwar is a Consultant at St. Stephens Hospital. Prior to joining this hospital, he worked at Max Super Specialty Hospital. Heis MBBS, MD, DM, D.Sc, FAMS, FNA, and FACC. He introduced Implantable Cardioverter Defibrillator Therapy in India. He is a member of Heart Failure Society of India and Medical Council of India. He has been given Dr. B.C. Roy Award in 2000. He is also a recipient of Padma Bhusan Award in 2006 and Aryabhata award in 2012.

Dr. Ramakanta Panda is proficient in coronary artery bypass grafting, valve repair, beating heart surgery and redo bypass surgery. He is an MBBS, M.Ch. He practices at Asian Heart Hospital. He has experience of 38 years. He has operated over 20,000 heart surgeries. 99.7% is his success rate regarding bypass surgery. He first introduced the Total Arterial Revascularization in India. He has been awarded Padma Bhusan in 2010. He has also been given UtkalRatna in 2015.

Dr. Tarlochan Kler is one of the most renowned cardiologists in India. His educational qualification includes MBBS, MD, DM, FRCP, FACC, D.Sc. He has experience of 33 years. He practices at PSRI Heart Hospital as an interventional cardiologist. He has operated over 10,000 angioplasties. He specializes in electrophysiology and he has implanted the highest number of ICD’s and Combo devices in India. For his contribution to medical science, he has been awarded Padma Bhusan by the President of India and Vijay Ratna by India International Friendship Society.

Dr. Mathew Samuel Kalarickal, the first Indian cardiologist to implement angioplasty, has carried out over 10,000 angioplasties to date. Additionally, he introduced rotablatoratherectomy and coronary stenting. He has cured 800 cases of rotablation and has treated 3,000 cases of intracoronary stenting. He is now working at Lilavati Hospital as an interventional cardiologist. He is MBBS, MD, DM, D.Sc, FESC, FACC and FSCAI. He has been awarded the Padma Shri and Life Time Achievement Award in the field of cardiology.

Dr. PurushottamLal, the famous interventional cardiologist at Metro Hospital and Heart Institute, is MBBS, MD, FRCP, FACM, AB, and FSCAI from USA.Dr. Lal is the first Indian cardiac surgeon who has operated high-risk aortic valvuloplasty. He for the first time introduced INQUE balloon in India. He has 40 years of experience in this field. For his achievement in the field of Cardiology and his dedication to his profession, he has been awarded Padma Shri, Padma Bhusan, and Jawaharlal Nehru International Excellence Award.

The heart makes the core of the life process. It keeps us alive and healthy by pumping oxygen and blood constantly. Additionally, it is also essential to take proper care of it, failing or ignoring which can lead to death too. Here is where the importance of cardiologists comes into the picture.

Other Best Cardiologists in India

Dr. Jamshed Dalal is a renowned cardiologist from India, who holds proficiency in conducting angiography, angioplasty, implantation, FFR, and Intravascular ultrasound. His expertise lies in Interventional cardiology. He works in one of the best hospital in India in Kokilaben Dhirubhai Ambani Hospital as director of cardiac science. Until now he has performed over 20,000 cases with a high success rate. For his professionalism, he has been awarded many awards including the “Young Researcher Award” by the British Cardiac Society in the year 1981.

Dr. Immaneni Sathyamurthy is renowned among the best cardiologists in India who is a consulting cardiologist at the Apollo Hospital Alwarpet, Chennai. His forte lies in conducting Cardiology and Cardiovascular surgery, interventional cardiology, cardiothoracic surgery, and electrophysiology. Apart from being a cardiologist known for the high credential he also worked as a senior lecturer for the department of Cardiology at the Christian Medical College at Vellore. He was awarded the prestigious Padmashri in 2000, Dr. BC Roy National Award in 2001, Tansa Award for Medical Sciences in 2010 and Best Doctor Award from MGR University in 2011.

A veteran in the field, Dr. Ganesh K Mani holds of 48 years of experience as a professional cardiac surgeon. He presently serves as the Chairman of Cardio-Thoracic and Vascular Surgery at the Max Smart Super Specialty Saket City Hospital. Before this, he also was the Directo of Cardiac Surgery at the Batra Hospital and Medical Research Centre from New Delhi. Until now he has held over 18,000 cardiac surgeries and 500 consecutive surgeries. He is the receiver of highest civilian award of Padma Shri in the year 2013, National Excellence Award in 1996 and Centenary Award DMA in 2014.

Dr. Ajit G. Desai works as a Consultant Interventional Cardiologist for the department of cardiology at the Sir H.N. Reliance Foundation and Research Centre. His forte lies in conducting pediatric and adult non-invasive interventional cardiology. He holds a degree in MBBS, MD (Medicine), DM and DNB in Cardiology with an expertise of 38 years. He serves as a consulting cardiologist at Breach Candy Trust Hospital, Guru Nanak Hospital, and Jaslok Hospital. He served as the President of TN Medical College and also as the Ex-Vice president for Mumbai Police Welfare Association.

Holding an experience of over 32 years in the field of cardiology, Dr. B. Ramesh is renowned as “people’s doctor” for his warm nature. He holds a degree in MBBS, MD (General Medicine) and DM in Cardiology. He also holds a record of performing over 5000 angioplasties, more than 7000 balloon mitral valvotomies, and 500 device closures. His forte lies in angioplasty, alcohol septal ablation for HOCM and balloon mitral valvotomy. He is the sole doctor who has conducted over 132 Percutaneous Transluminal Septal Myocardial Ablation for Hypertrophic Obstructive Cardiomyopathy. He served as the president of Cardiology Society in Bangalore and Karnataka as well as Member of Indian Medical Association (IMA).

Renowned for his perseverance and friendly demeanor with patients, Dr. Sandip Rane is a well-known name in Cardiology. He currently serves as the director at the Department of Cardiology in Fortis Hiranandani Hospital at Vashi. He completed his MBBS, MD in Medicine and DM in Cardiology and holds an overall experience of 34 years in the field. Till date, he has performed over 2,000 angioplasties redeeming patients of their trouble. He was awarded the Life Time Achievement Award by the Maharashtra Pollution Control Board for his noble service.

A veteran in the field with an overall experience of 5 decades, Dr. Girinath M R is a renowned cardiothoracic surgeon who currently works at the Apollo Hospital, Chennai. He holds a degree in MBBS, MS (General Surgery) and MCh in Cardio-Thoracic Surgery. Until now he has performed over 40,000 heart operations including 29,000 coronary bypass operation and 25,000 open heart surgeries in 16 years. In 1998, he was rewarded the Padma Bhushan and in 1997 the Dr. B.C. Roy National Award.

Dr. Keyur Parikh is a renowned cardiologist with an experience of over 2 decades. He is a popular cardiologist in India, and among the few who were rendered membership of Indian Medical Association (IMA) twice. Between 2010 to 2011 and again from 2013 to 2014 he was rendered the Dr. K. Sharan Cardiology Excellence Award and have published numerous books.

A veteran with over 5 years of experience, Dr. Ashwin B. Mehta is renowned as an interventional cardiologist in India. He was the former director of Jaslok Hospital and currently is consultant cardiologist at Breach Candy Hospital and Ashwin B Mehta Clinic. He has performed over 10,000 angioplasties, 50,000 angiographies. He was awarded Padma Shri by GOI in 2014, Maharashtra Gaurav Award and Life Time Achievement Award.

A reputed cardiologist with 57 years of experience, Dr. S C Manchanda completed his MBBS from All India Institute of Medical Science in 1962. Later he went to pursue DM in Cardiology from AIIMS, Delhi. He is associated with Caring Touch Laser and Implant Centre as a consultant cardiologist. He was awarded Padma Shri in 2004. 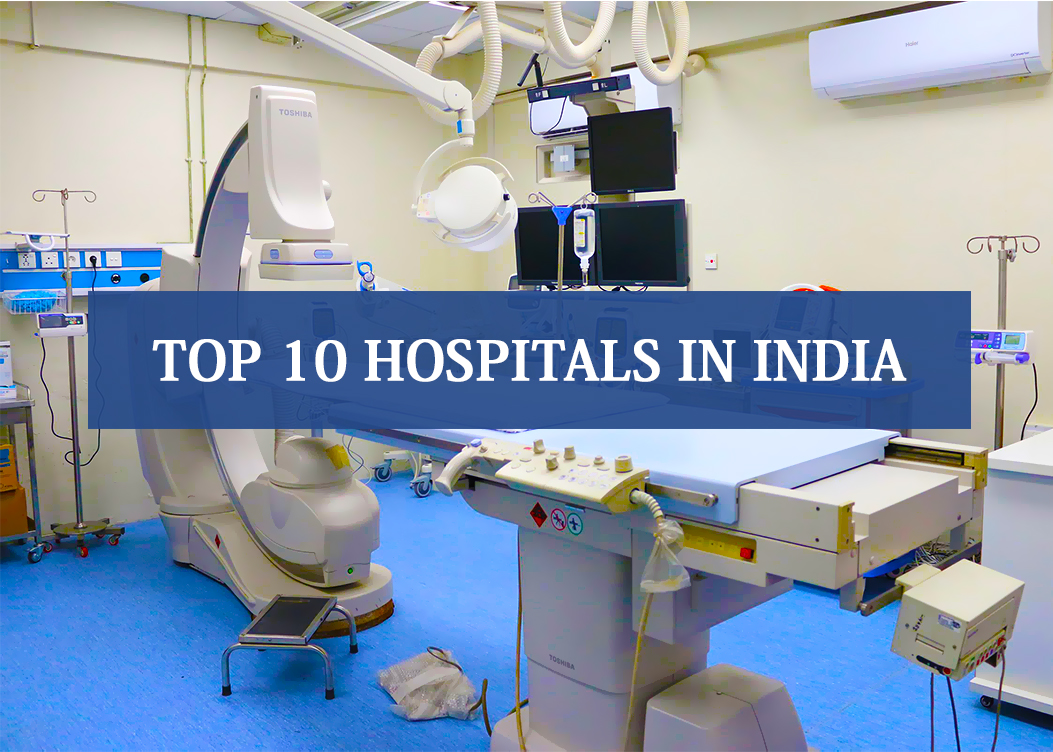 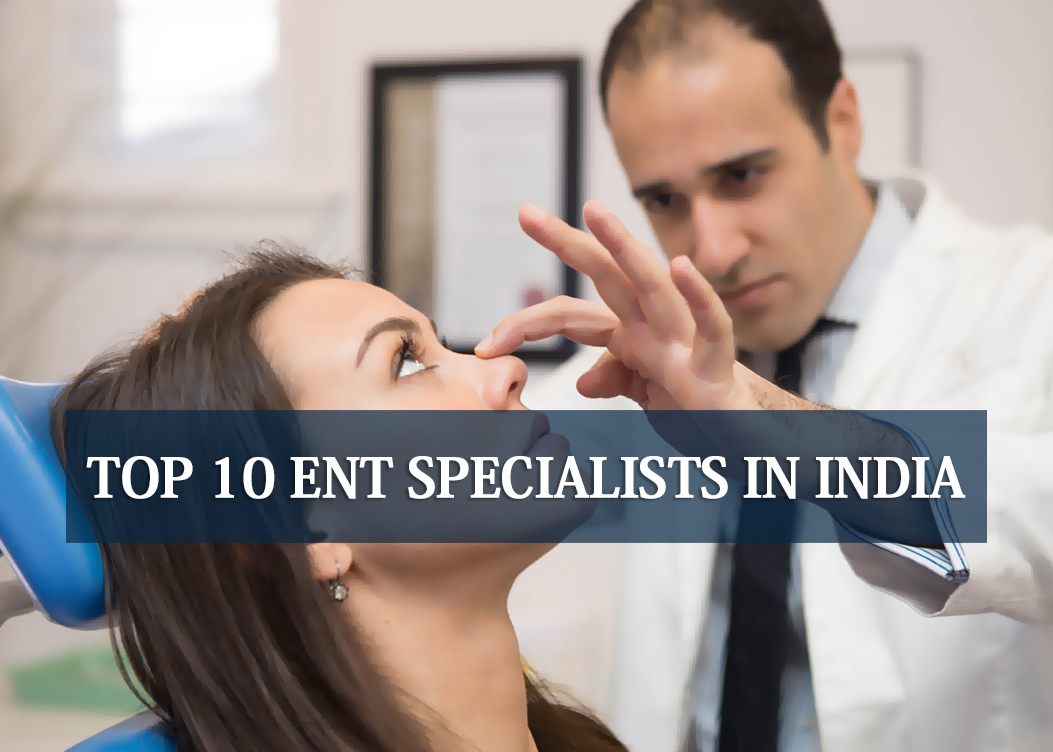 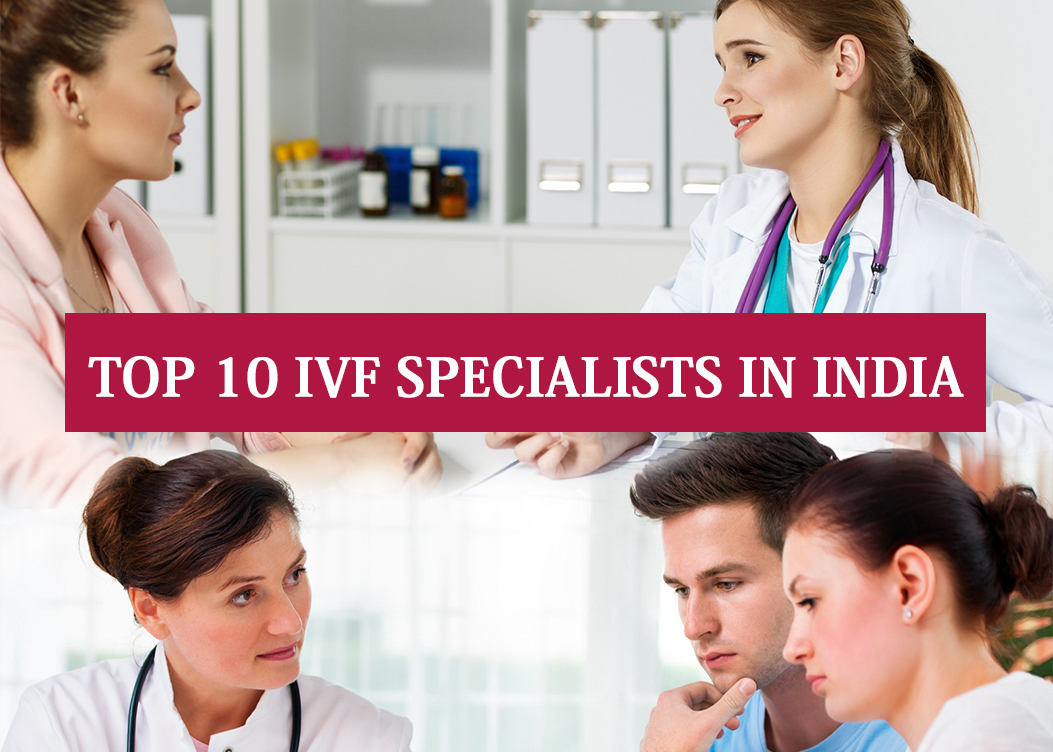 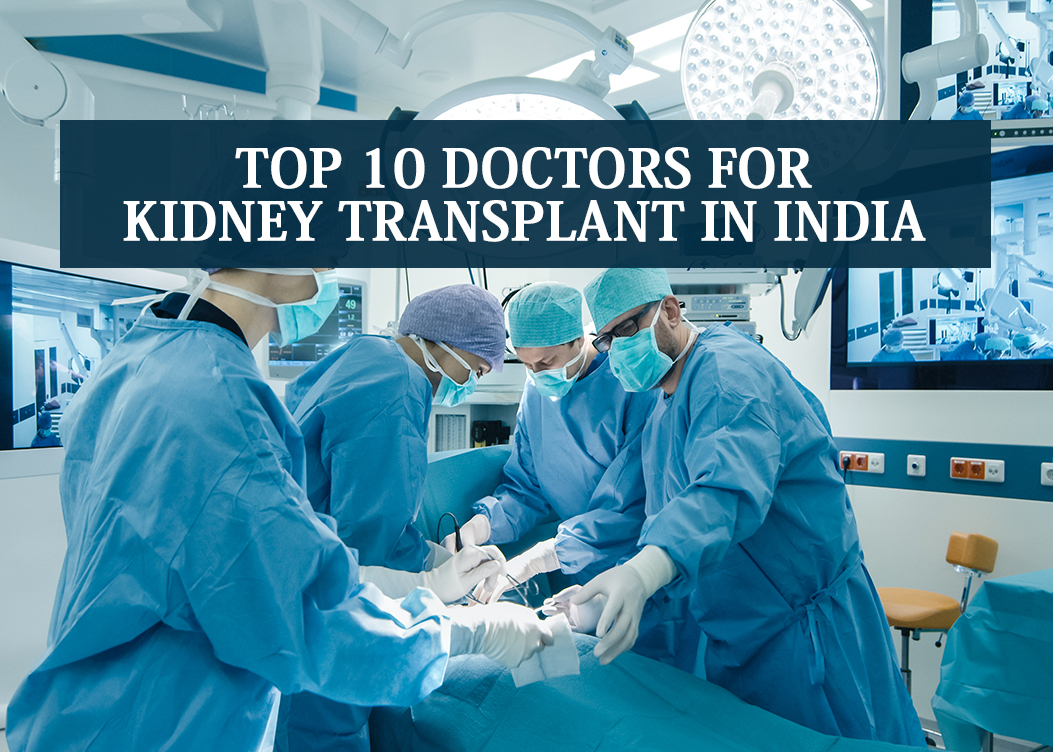 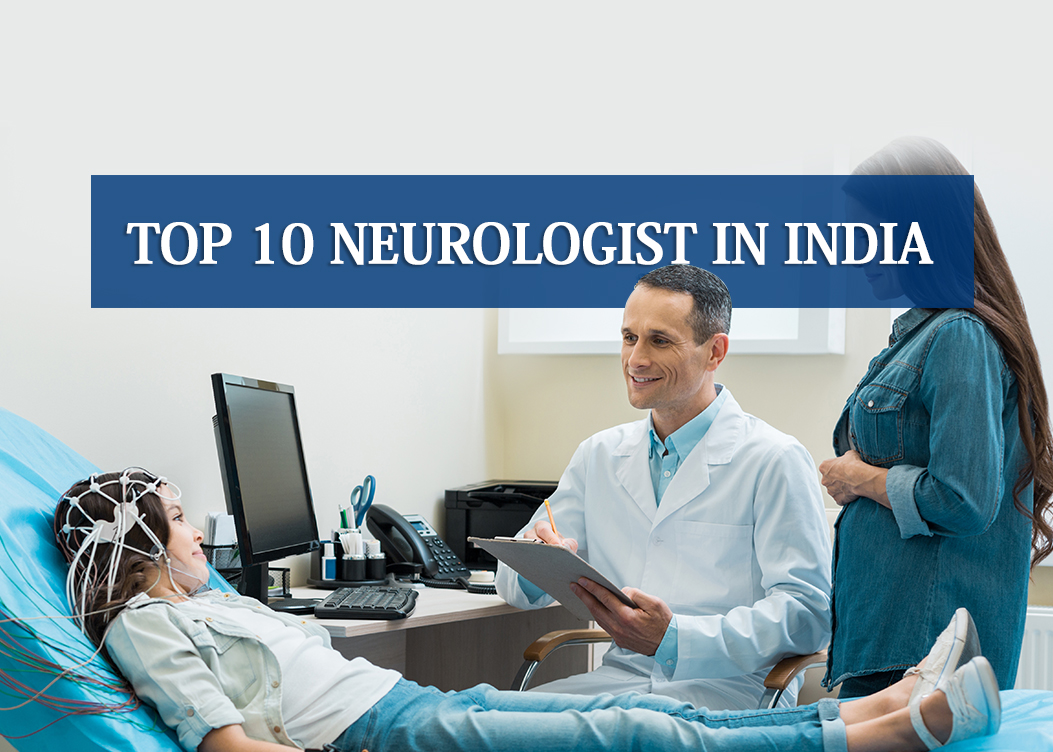 With more than 15+ years of industry experience, serving over hundreds of individual physician practices and even Ambulatory Surgical Centers (ASCs), with over 15000+ satisfied customers/physicians from US, Canada, UK, and Australia, he is a mastermind when it comes to medical and scientific writing.